About me – Filomena Uffing

Filomena grow up in a musical family and started to play piano since she was a child. She studied at the Conservatory in the Netherlands and did various masters and workshops in creative and inspirative compositions in Italy.

Filomena got her first inspiration from Satie and Debussy; they have always been her favorite composers. She loves the minimalism and pureness in the sound of the piano.

Filomena founded Andiamo Services DMC Italy in 1999 and Andiamo Netherlands in 2012.
In January Filomena opened her new brand and company The Andiamo World ; 100% Mediterranean Events from Italy to Greece, Spain and Portugal.  An innovative flexible concept for tourism. Mice and B2B consultancy.

Filomena  founded the NRBC, Dutch Italian Business Club in 2004 and was Cultural Ambassador of the Dutch Church of the Vatican in Rome from 2010 until 2014. Filomena lives between Rome and the Netherlands and is very flexible in planning and travelling.

Performance with Rosita Steenbeek during the Nederlandse Boekenweek

An unique show about Rosita’s books and her life in Rome AND ITALY with Filomena’s Italian notes and compositions, sounds and feelings.

By telling about her books, Rosita Steenbeek will took the audience to Venice, to the world of the Etruscans, to Sicily, to the island of Ventotene where to Emperor Augustus banished his daughter and to Rome, the city in which she lives. She spoke about her latest book, Rose, which tells the story of a family in the time of war.

Filomena accompanied Rosita’s stories with piano music from her albums ‘Colorissimi’ and ‘Vita’.

Together, they took the audience on a unique musical trip through bella Italia. 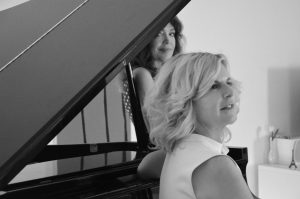 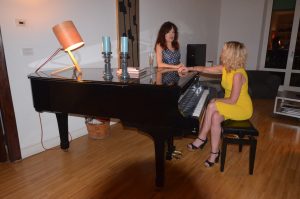 Filomena finishes after an intensive selection in the semi finale of the Competition of Composers directed by the Bergamo Orchestra and the Maurice Ravel Foundation last March 2015 together with the Italian composer ‘Stefano Conti’ for her composition Colorissimi’. They got the first award for the Netherlands. 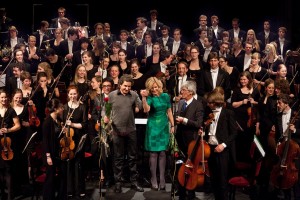 In 2011 she launched her first solo piano album ‘Colorissimi!’ , produced in the Netherlands and Germany.

Together with composer Stefano Conti she created an arrangement for orchestra, piano & dance for the Dutch NSO Orchestra celebrating 60 years in the Netherlands and Rome. In Rome they played in the  biggest and most important Roman theatres;  ‘Teatro Valle’ and the ‘Santa Cecilia Hall’ at the ‘Auditiorium’ of Renzo Piano. Filomena’s compositions were created for Piano, Orchestra and Dance : Emilia Sintoni.

During her performance ‘Colorissimi’ for ‘solo piano’ or combined with violin, life art and life performing, Filomena expresses on the piano different colours, beautiful and important life moments of every human’s life.. It’s all about passion, inspiration and feelings; it’s what you feel inside..Inspiration and amore!

‘Colorissimi’ can be integrated with Violin, Life Art, Dance and life performing with actors. ‘Colorissimi’ is a perfect performance during an event , exhibion or creative workshop .

In 2013 and 2014 she composed various new pieces like ‘Rosso’ and Verde’. Both can be integrated at her performance ‘Colorissimi’. 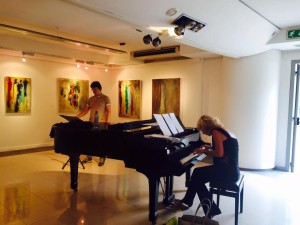 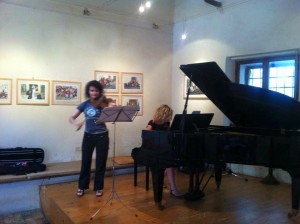